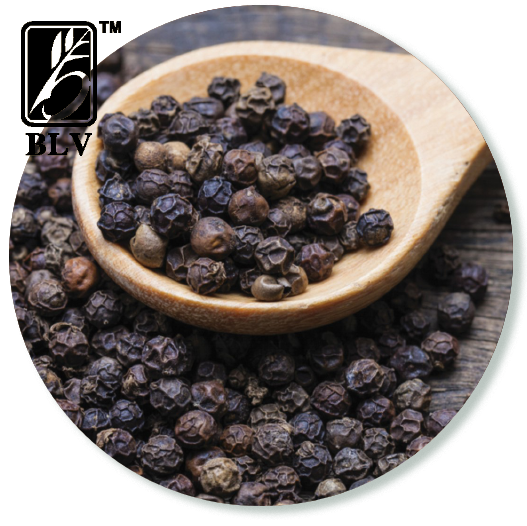 Indigenous to India, pepper, rightly called the King of Spices, is one of the oldest and best-known spices in the world. India has always reigned supreme in the production and export of this most exotic and sought-after spice. Easily the finest in quality anywhere, Indian pepper is grown in the monsoon forests along the Malabar Coast in South India.

Black Pepper is the dried mature berries of Piper Nigrum grown in South India, garbled, dark brown to dark black in colour nearly globular, with a wrinkled surface. Light berry contents to be tested by floatation method in alcohol or methylated spirit of 0.80 to 0.82 specific gravity at room temperature (around 25°C).

Not sure which solution fits your business needs?