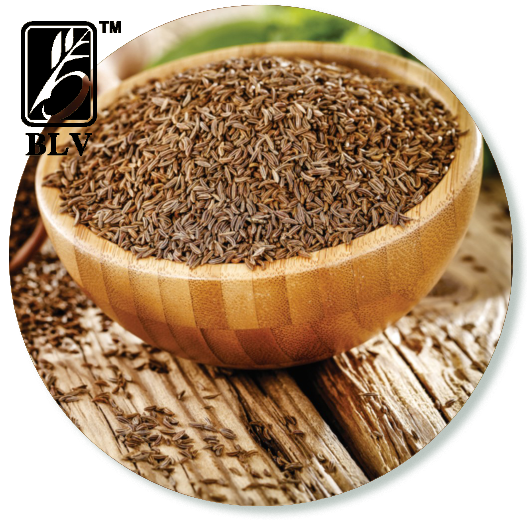 The dried fruit of a small herbaceous plant with Botanical name Cuminum Cyminum L. It has intensely strong flavor much similar to Caraway and is used worldwide in foods, beverages, liquor and in medicines for efficient digestive. The spice is of particular value in the blending of Indian curry powder. Indian Cumin grows abundantly in the mild, equable climate of Gujarat and Rajasthan. It is exported as whole, in powdered form and as essential oils. It finds its market in North & South America, Japan, European Nation, Singapore and Africa. Indian Cumin Seeds is favored compared to other Origins for its quality and flavour.Cumin seeds not only add taste to food but also are very beneficial for body. Also known as jeera, these cumin seeds have been extensively used in culinary preparations in the Indian subcontinent since ages.

It is a rich source of iron and hence very beneficial for anemic as well as lactating mothers and pregnant women, who tend to need iron more than others. It is a great aid in digestion and prevents indigestion, flatulence, diarrhea, nausea and morning sickness.

Not sure which solution fits your business needs?